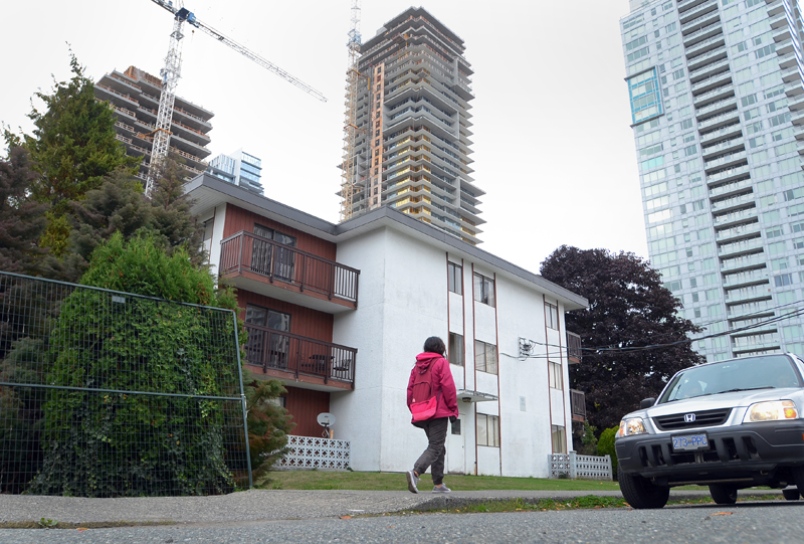 Burnaby's city council has approved a motion aimed at protecting rental stock in the city.

At a Monday night city council meeting, councillors voted in favour of a bylaw that would create rental-only zoning across the city, require a minimum of 20 per cent rental housing in all new developments and allow rental housing in commercial zones.

"This is about ensuring Burnaby is a city with vibrant, diverse neighbourhoods, where everyone feels at home," said Mayor Mike Hurley in a statement. "This would mean people can find a place to rent that is affordable, and it would give them options to live in all areas of our city."

Vancouver insists its zoning rules are just as pro-renter – but Kennedy Stewart is keeping a close eye on what happens across boundary road.

"Definitely looking at these with great interest and if Burnaby can make them work than there is no reason we shouldn't adopt them here," Stewart said.

The proposal was met with mixed reaction from housing advocates, however.Earlier in the day, the Association of Community Organizations for Reform Now (ACORN), called the motion a "good first step" but added more protections are still needed for renters.

"We see this as a first of many steps by Mayor Hurley to make Burnaby affordable and to stop mass tenant displacement that is still happening," ACORN spokesperson Murray Martin said earlier Monday.

Martin called on the city to force developers to fully relocate tenants displaced by developments and combat renovictions, amongst other concerns.