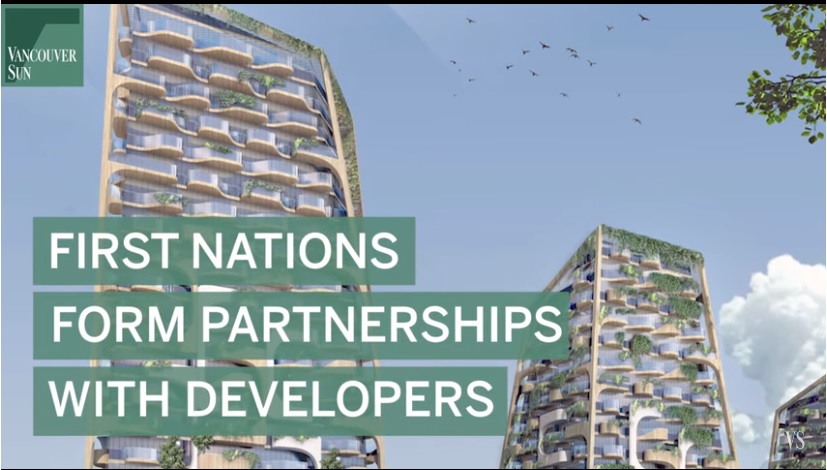 One of the largest Indigenous-led housing developments in Canada is a step closer to rising in the heart of Vancouver after members of a First Nation voted in favour of the proposal.

The Squamish Nation says members made history Tuesday by voting in a referendum to approve the land designation and business terms of a 50-50 partnership with Westbank Projects Corp.

The First Nation is planning to build 11 towers on a 4.7-hectare parcel of its reserve lands at the south end of the Burrard Bridge near False Creek, with the tallest building being 56 storeys high.

It says in a news release that construction is expected to begin in 2021 and the completed project will bring about 6,000 units into the housing market, of which 70 to 90 per cent will be rentals.

The development, known as the Senakw project, does not need the city’s approval to go ahead but the city says it looks forward to discussing ways it can support the project.

The First Nation says 87 per cent of voting members endorsed the land designation while 81 per cent voted in favour of the business terms of the Westbank partnership.

“The Squamish Nation council is thrilled with the outcome of this referendum, which was approved by a landslide. This is truly a landmark moment in our nation history,” Khelsilem, a councillor and spokesman who goes by a single name, said in a statement on Wednesday.

The city says it will continue discussions with the nation to determine how staff may be engaged in the project and, if desired, how it could best work with it as a government partner.

It also says it looks forward to discussing how to integrate the project with the existing community and the development of surrounding transportation and utility service connections.

“I want to congratulate the Squamish Nation on this historic vote and taking another step forward towards building Senakw,” says Mayor Kennedy Stewart.

“This project not only affords Vancouver an opportunity to practice meaningful reconciliation as we work in partnership with the Squamish Nation, it will also bring 6,000 new homes to the city — many of them rental — helping us tackle the city’s housing crisis.”

This report by The Canadian Press was first published Dec. 11, 2019.