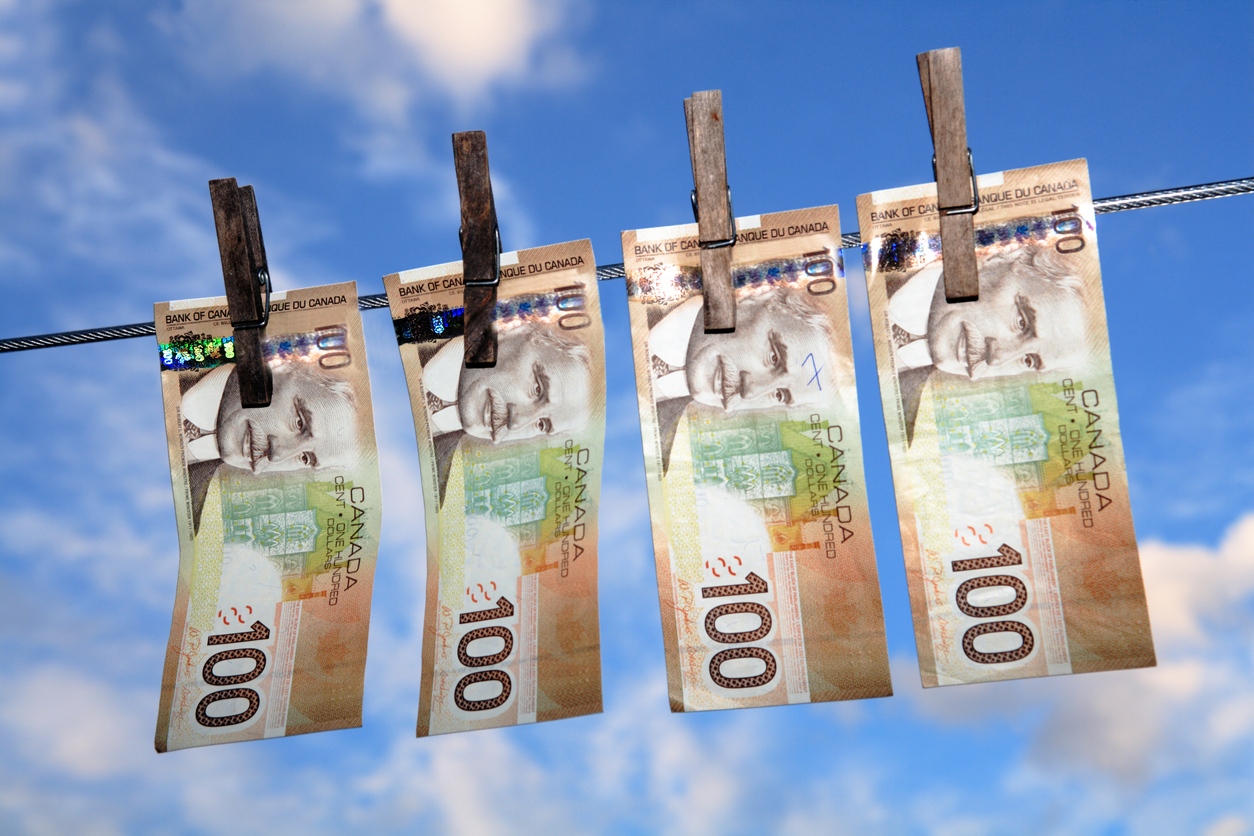 Money laundering Effect on Lower Mainland could be much higher

An estimated $5.3 billion of laundered money into B.C. real estate in 2018 hiked housing prices about 5 per cent, two special reports released May 9 by the provincial government show.
However, since the figures are for the entire province and based on incomplete data and methodologies, the effecct on specific regions, such as Greater Vancouver, could be much higher, noted Minister of Finance Carole James.
“Our housing market should be used for housing people, not for laundering the proceeds of crime,” said James, via a news release.
Conservative estimates from a report from professors Maureen Maloney, Tsur Somerville and Brigette Unger, titled Combatting Money Laundering in BC Real Estate, indicate there was $7.4 billion laundered in B.C. in 2018, of which two-thirds filtered through the housing sector.
The Maloney report notes: “If all the investment were residential property in the Lower Mainland and Fraser Valley, $5.3 billion of investment would represent 7.4 per cent of 2018 transaction volumes. Share transactions in the 4.6 per cent to 7.4 per cent range are sufficiently large to have an observable impact on real estate prices.”
The report actually estimates the annual impact on home prices thanks to money laundering to be between 3.7 per cent and 7.5 per cent. The overall national estimates are on the conservative end, as they peg money laundering in Canada at 2.1 per cent of GDP whereas the International Monetary Fund estimates global money laundering at between 2 per cent to 5 per cent of GDP. But the $5.3 billion going into real estate is on the high side, based on certain assumptions.
Additionally, the report notes that if countries, such as China, are under-reporting incidences of crime, then inflows of money will be underestimated.
“Estimated money laundering in B.C. will be particularly underestimated if crime reporting, especially for tax avoidance and corruption, by some East Asian countries that have close ties with B.C. … is incomplete,” the report states.
In the Greater Vancouver area, real estate prices have risen 59.5 per cent over the past five years.
Overall, the report’s authors were comfortable enough to conclude that money laundering has helped to decouple local incomes from real estate prices, fuelling an affordability crisis in the province. And a comprehensive anti-money laundering regime will result in “clear gains” in affordability, even if they are not large in magnitude.
The Maloney report was released alongside Dr. Peter German’s report titled Dirty Money – Part 2, which goes into detail on some money laundering methods that appear to be employed in B.C.
While on their own they may not be an outright indication of money laundering, combined, German said these widespread activities present red flags: nominee purchasers, unfinanced purchases, flipping, quickly discharged mortgages, over and undervalued listings and buying sprees.
In many instances, German suggested drawing conclusions involves an element of not knowing what one doesn’t know. He called B.C.’s real estate market “opaque” and took aim, in particular, at agencies that handle financial transactions but who are not required to report suspicious ones to FINTRAC.
“It is believed that much of the overseas capital used for private mortgages transits through Canadian ‘gatekeepers,’ such as lawyers, thereby skewing any data with respect to overseas investment in real estate,” noted German’s report.
In assessing land title data, German determined about 9 per cent of residential mortgages in B.C. are held by 18,570 private lenders, who are not reporting entities to the Financial Transactions and Reports Analysis Centre of Canada (FINTRAC).
German added: “Reporting of suspicious transactions to FINTRAC by realtors has been dismal at best.”
James said the government’s plan to rollout a beneficial ownership registry via the Land Owner Transparency Act next year should assist government agencies in tracking property ownership. As well, the province is working more closely to share income data with Canada Revenue Agency, said James.
Attorney General David Eby said a decision on a public inquiry into money laundering in B.C. is imminent.
Comments:
No comments